Launch of the Gender Equal Play in Early Learning and Childcare

On Tuesday 11 December at the Corstorphine Nursery in Edinburgh, Zero Tolerance, the Care Inspectorate and Maree Todd MSP - the Minister for Children and Young People launched a Gender Equal Play in Early Learning and Childcare - a guide to support early years workers in tackling harmful gender stereotypes.

Thanks to the Corstorphine Nursery for hosting the launch and our partners and members of the working group: Education Scotland, Play Scotland, NHS Greater Glasgow and Clyde - Gender Friendly Nurseries Project, Scottish Childminding Association and all services who provided their case studies included in the resource. 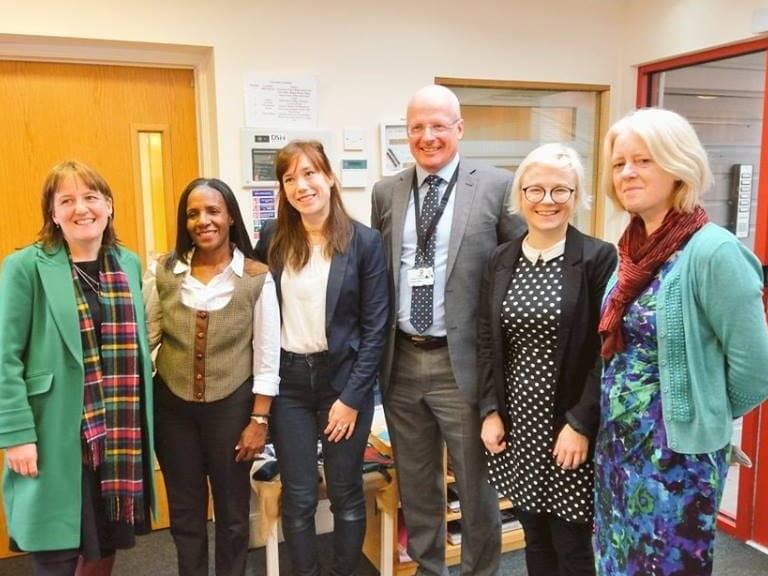 Children across Scotland are to benefit from a drive to promote gender equal play in early learning and childcare settings.

The Care Inspectorate, Scotland’s scrutiny and improvement body for early learning and childcare services, and Zero Tolerance, a charity working to end men’s violence against women, have launched a campaign to encourage and positively promote gender equal play in early years settings.

It comes as a new resource is launched for people who work in the early learning and childcare sector. The resource aims to boost their awareness of the positive benefits of encouraging and supporting gender equality from an early age.

Launching the resource, Maree Todd, Minister for Children and Young People said: “Evidence shows that gender stereotyping from a very early age has an impact on the decisions that girls and boys make about their future subject and career choices.

“This guide explains the importance of challenging gender stereotyping and provides ideas and examples for early years professionals of existing good practice.”

Gordon Weir Interim Chief Executive of the Care Inspectorate said: “We know that children’s experience of childhood and play is becoming more gendered and polarised between girls and boys, with everything from toys and books to online resources and clothes increasingly being produced and marketed along gender lines.

“We also know this can have a negative impact on all children as they develop.

“The role that early learning and childcare (ELC) can have in positively promoting gender equality can’t be over-stated and that’s why we’ve produced this resource together with our partners.

“This is about asking everyone concerned in early learning and childcare to think about how they approach gender equality in play and early learning, and how we can positively support and promote it.”

Rachel Adamson, Director, Zero Tolerance said: “Gender stereotypes encourage restrictive ideas of what it means to be a boy or a girl. They teach girls to be pretty, and not to play with “boy’s toys” such as cars and sports. They teach boys to be unemotional and not to play with “girl’s toys” like baby dolls and art. Segregating toys in this way limits play, which is crucial to how children develop and learn about the world.”

“The damaging effects of these early gender stereotypes are experienced by all children, but particularly by girls, from a young age. Impacting their self-esteem, well-being, job choices and income. Evidence also shows that in societies with more gender stereotyping there are higher levels of violence against women.”

“By tackling gender stereotyping, we can give children the opportunity to play and learn without the restrictions these stereotypes place on them."

Gender Equal Play in Early Learning and Childcare This resource has been co-produced by the Care Inspectorate and Zero Tolerance in order to help practitioners enhance gender equality for children across all ELC settings.