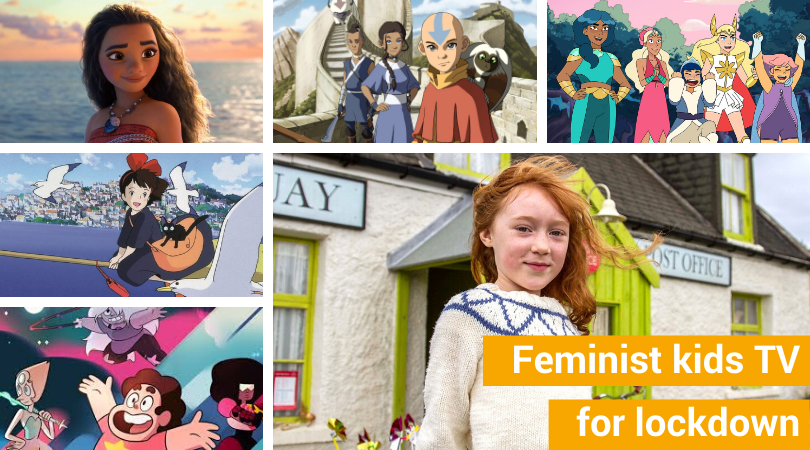 Because if you have to watch it on repeat, it might as well be good!

With schools and nurseries closed many parents and carers are looking after their children 24/7 at the same time as trying to do their jobs from home.

This is very difficult for a lot of people, but especially women.

Women do 2.6 times as much unpaid caregiving and domestic work as their heterosexual partners and 90% of lone parents are women. (For more information about this see Engender’s briefing).

Looking after children, while rewarding, is a very demanding and tiring job. One way to hold their attention for a while and take a bit of a break, is to watch some television.

However, lots of programs can teach gender inequality from a very young age with male characters being smart and funny, whilst female characters are agreeable and demure.

And what’s more, some of the shows are just really not enjoyable to watch as an adult - especially for the twelfth time!

So, we have created a list of TV shows and films to watch with your children that are feminist, fun, and interesting for all ages! 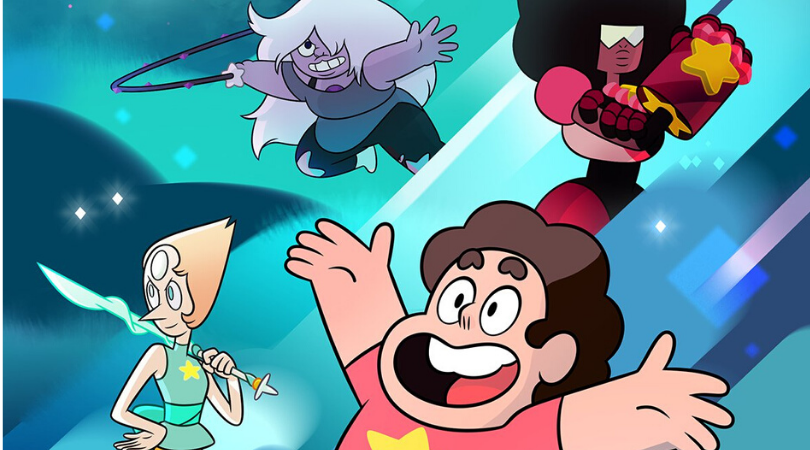 The show follows the adventures of young boy Steven Universe and his family – three super powerful Gem warrior women – Garnet, Amethyst and Pearl. Steven is unrestricted by traditional gender roles and is caring, open about his emotions, and looks up to and respects the many women characters. The show discusses topics such as mindfulness, gender roles, and saving the universe from monsters and imperialism. 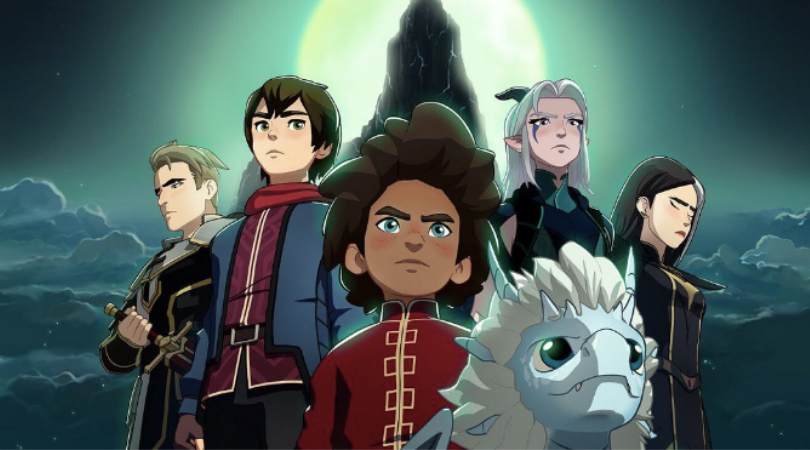 Watch on Netflix – suitable for 8+

Human brothers Calum and Ezran join forces with Rayla, a young elven woman, to try to return the lost egg of the Dragon Queen to prevent a war between their kingdoms. With a diverse range of strong women characters and beautiful art style the show looks at responsibility, cross-cultural friendship, and pacifism.

Just try not to listen too hard to Rayla’s “Scottish” accent! 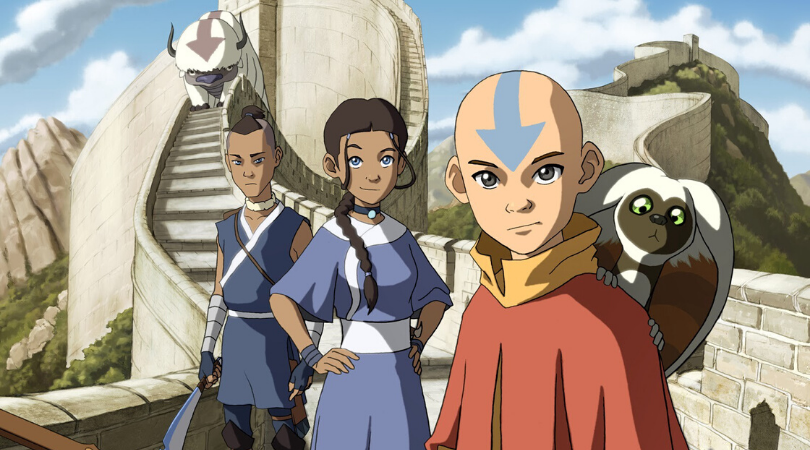 Watch on Netflix or Amazon Prime – suitable for 6+

The show follows Aang, a young boy, travelling the world to master his elemental abilities in order to stop an ongoing war and an expanding imperialist nation. He is joined by his friends, Katara and Sokka who are brother and sister. Through this truly epic story we meet a range of badass women characters who stand up to the sexist status quo, as well as men who shun toxic masculinity and violence. The show explores sexism, oppression, genocide, and totalitarianism.

But stick to the cartoon and give the live action movie a miss - it is dreadful! 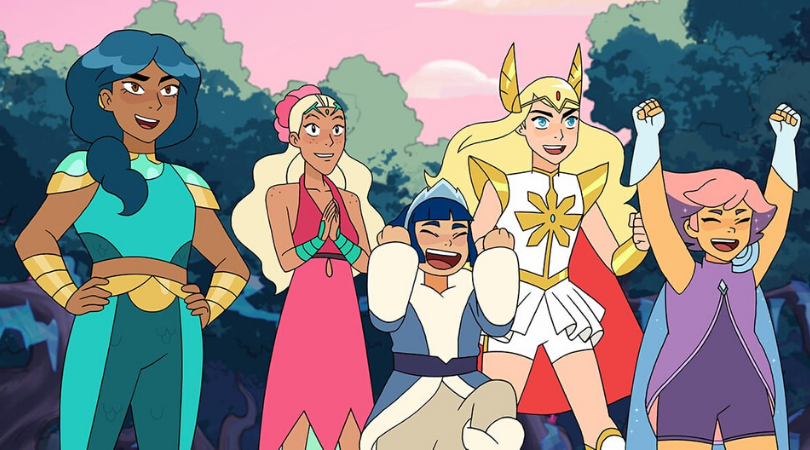 Watch on Netflix – suitable for 6+

Adora joins the Princesses of Power to fight against the evil empire of the Horde. The show explores empires, imperialism, and propaganda in a very nuanced way. It also focuses on the power of young women and friendship, as well as jealousy, loss, abandonment and trauma. 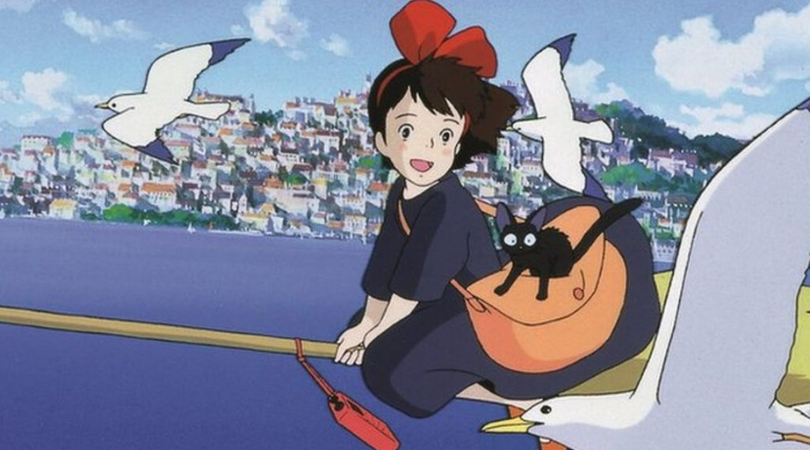 Watch on Netflix – suitable for 2+

Kiki is a new witch in town setting up her own business and navigating what she wants in life (Spoiler: Unlike in most films, it’s not a man!). The film is beautifully drawn with a gorgeous soundtrack and makes for great watching for the whole family. 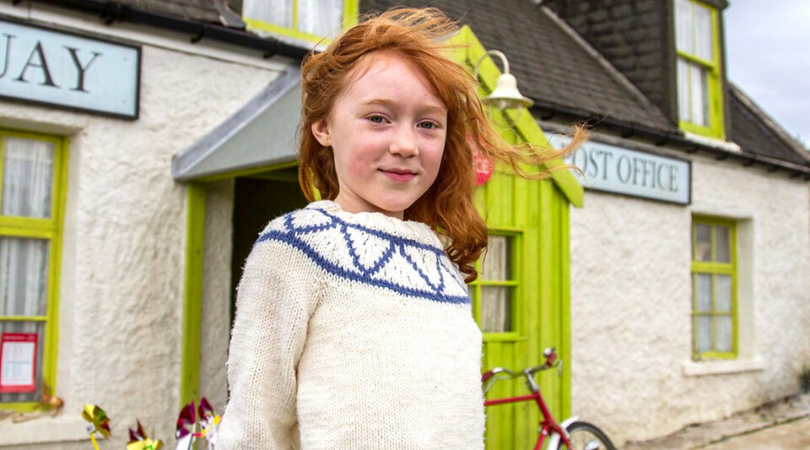 Katie Morag books were a staple for most little girls growing up in Scotland over the last 20 years and now she is back with her own show! She explores her island, getting into all sort of mischief, and in general having a great time without pink, dolls, or makeup.

Bonus: You can also watch it in Gaelic. 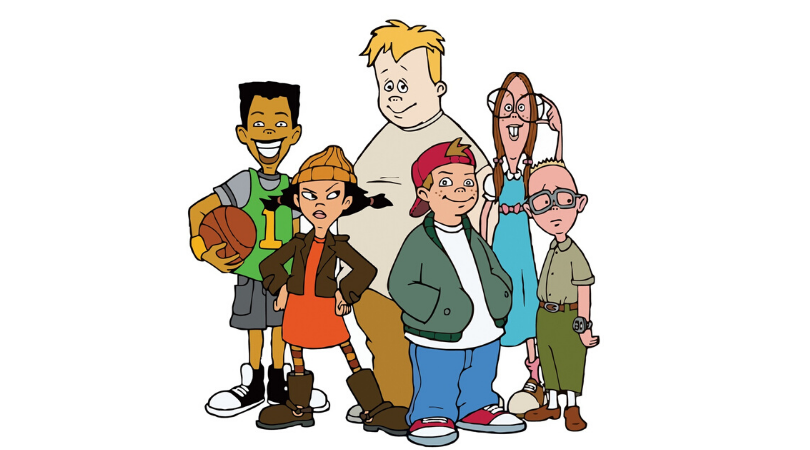 Watch on Disney Plus – suitable for 7+

T.J, Ashley, Vince, Gus, Gretchen and Mikey navigate life at primary school in America, having playful and interesting adventures. Their teacher, Miss Grotke, is known for anti-imperialist and anti-sexist messages, and the children themselves stand up to bullying and conformity. 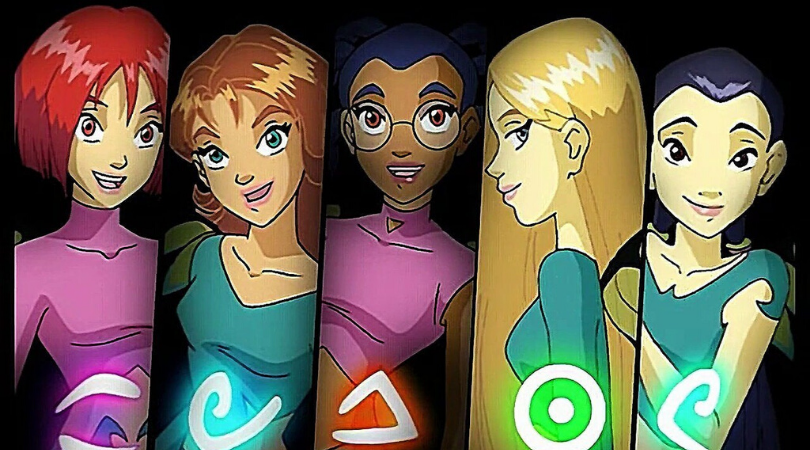 Watch on YouTube or buy the DVDs – suitable for 8+

The show follows five girls – Will, Irma, Taranee, Cornelia and Hay Lin – who have magical powers that they use to protect the Veil between our world and the mythical world of Meridian. All 5 of the girls negotiate early puberty, gender roles, parental expectations, and responsibility. The show also deals with imperialism, rebellion and revolution. 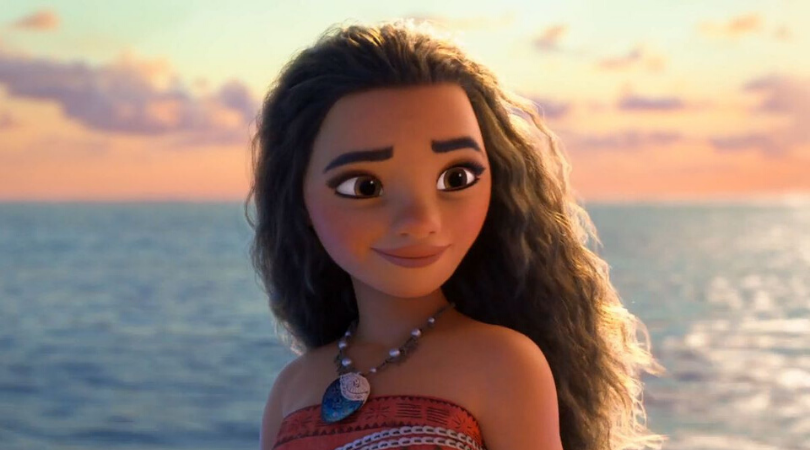 Watch it on Disney Plus – suitable for 3+

I am pretty sure most parents will have already seen this film around about 5,641 times. However, if you haven’t yet, get ready for an epic adventure with the some of the catchiest movie songs ever. Moana undertakes a sea voyage to save the people of her island by returning the heart of goddess Te Fitti. 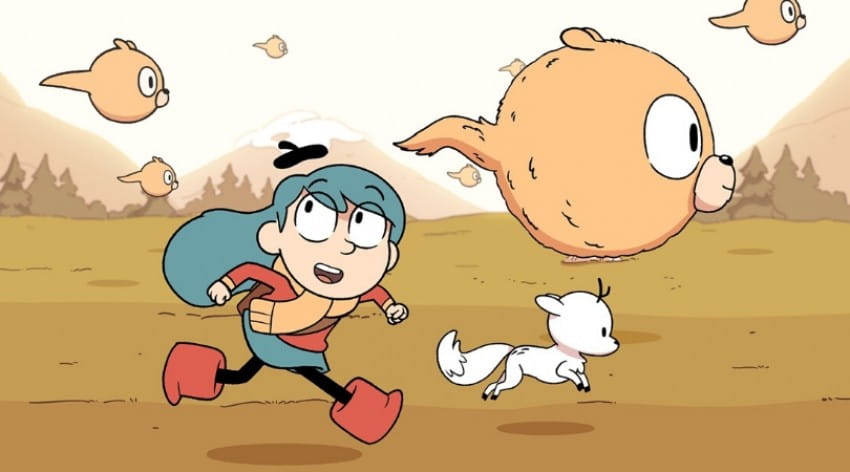 Watch on Netflix - suitable for 2+

Hilda, a fearless blue-haired girl, travels from a wilderness full of elves and giants to a bustling city packed with new friends and mysterious creatures. Watch trailer here. 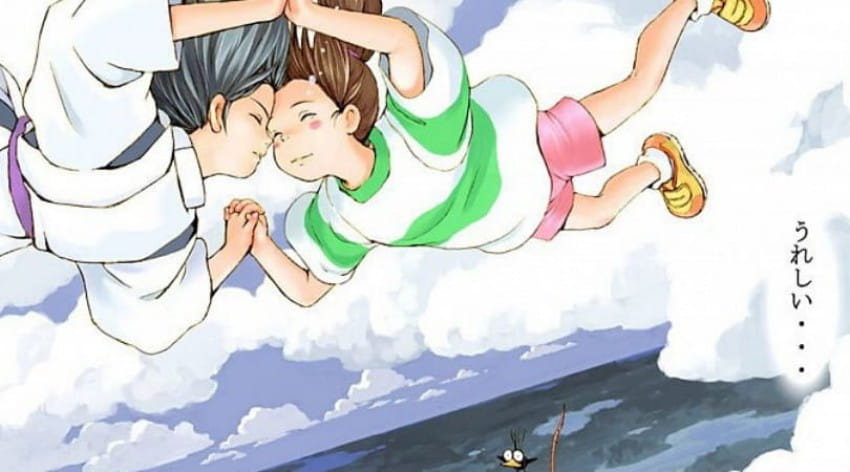 Watch on Netflix - suitable for 8+

In this animated feature by noted Japanese director Hayao Miyazaki, 10-year-old Chihiro and her parents stumble upon a seemingly abandoned amusement park. After her mother and father are turned into giant pigs, Chihiro meets the mysterious Haku, who explains that the park is a resort for supernatural beings who need a break from their time spent in the earthly realm, and that she must work there to free herself and her parents. 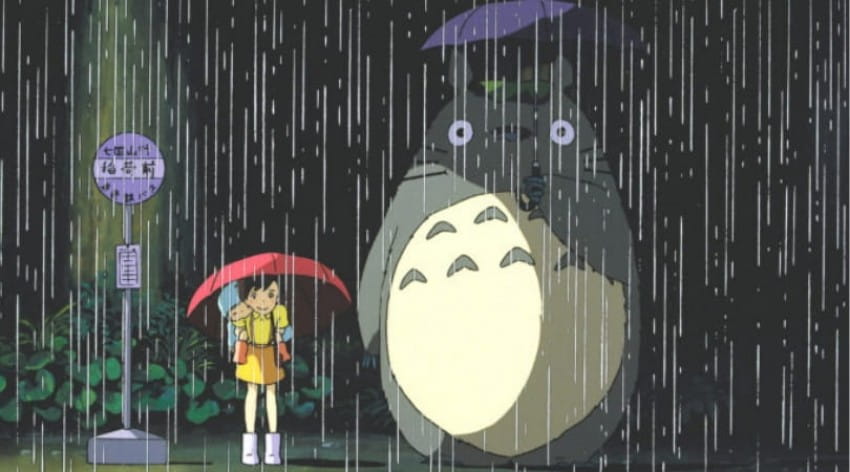 Watch on Netflix - suitable for 4+

Mei and Satsuki shift to a new house to be closer to their mother who is in the hospital. They soon become friends with Totoro, a giant rabbit-like creature who is a spirit.

Have we missed something?

This blog is part of our Anyone Can Play series, exploring gender equality in the early years.

If you have any useful resources or tips on gender, race, sexuality, and disability in the early years please just let us know – we’d love to include it here!

Read more about the campaign here.

Jenny Lester is the Communications and Events Officer at Zero Tolerance. Outside of work she is a poet, Gaelic learner, and avid Dungeons and Dragons player.

“This list started as recommendations for self-isolating adult feminists, but then I realised everything I wanted to recommend was a kid’s show!

Because of the nature of my job when I am finished working, I am not super up for true crime dramas or things with sad endings.

I find that a good kid’s show is the perfect remedy – they are complicated, interrogate patriarchy and imperialism, but are also fun and light-hearted.

Steven Universe has been my favourite TV show for a long time and I think everyone – parent/carer or not – should watch it!”