Skip to menu Skip to content
Home|News/Views|Views|Views|Spotlight on the Scottish Media: Non-physical abuse 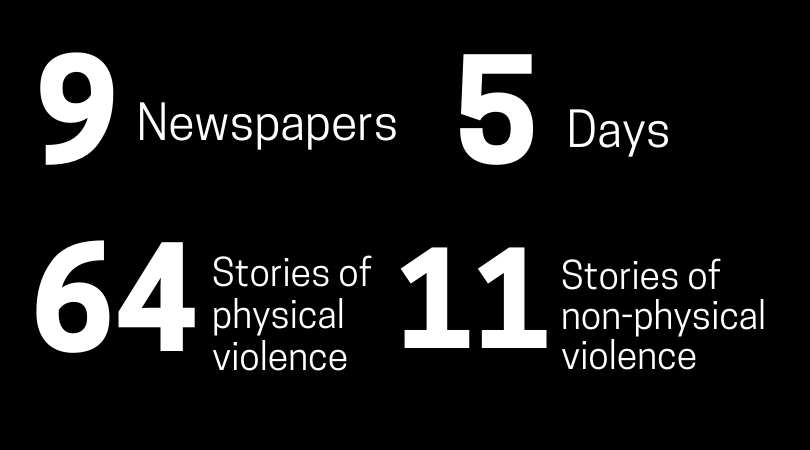 I’ve written four blogs posts to report my findings. The first blog gives an overview of what I’ve found; this blog is about non-physical abuse; the third blog looks at whose voices are heard and who gets to be a perpetrator?; and the fourth focuses on the language used to report on violence against women.

Violence against women can happen to Any woman, Anywhere and is not always physical. It happens to women in public spaces (e.g. on the train, clubs, bars), as well as online or in private spaces (e.g. in the house). Violence can include street harassment (e.g. getting cat called), controlling behavior in a relationship (such as psychological, coercive control), sexual harassment at work (inappropriate comments), online abuse (e.g. trolls and misogynistic comments about appearance and race), or stalking. This is well illustrated by the Power and Control Wheel that shows some of the forms of violence women can experience.

It was disappointing that the stories covered did not reflect this. 85.3% of the stories on violence against women were reports on physical abuse compared to just only 14.7% of non-physical abuse. One report wrote about a perpetrator using a spy cam. Six out of 75 stories about the online trolling of Meghan Markle and Kate Middleton. And three out of 75 stories were about a man who stalked Kylie Minogue. 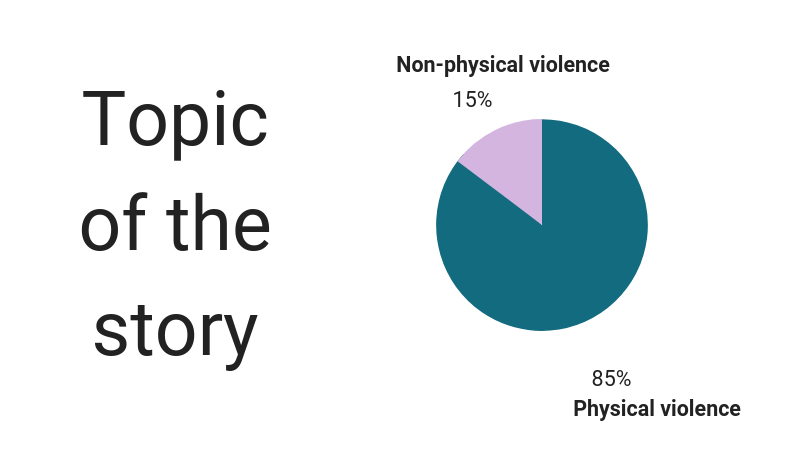 It may have been the case that there were simply more stories to report on physical and non-physical violence during that week. But regardless, focusing on physical abuse can reinforce the common misconception that violence is only physical. This can prevent victims from recognising that they are experiencing violence and therefore they may be less likely to come forward to seek help or report the crime.

When reporting on physical violence, journalists can also mention that this violence rarely comes ‘out of the blue’. For example, before murder by a partner or ex-partner there is often a pattern of controlling behavior. This is now a criminal offense under the Domestic Abuse (Scotland) Act: find out more here. It can involve derogatory and controlling comments, obsessively asking the victim where they are, and recording and keeping track of the amount of time they have spent with their friends or family. By giving context to the violence that happened before, women will may be able relate to this experience and seek help. Only one report out of the 75 stories mentioned non-physical abuse in a domestic abuse setting.

In collaboration with Scottish Women’s Aid, Zero Tolerance launched One Thousand Words in 2017. They are free to use stock images that illustrate domestic abuse. The pictures do not feature bruises or cuts but instead focus on the impact that domestic abuse has on women and challenges the myth that it is always physical.