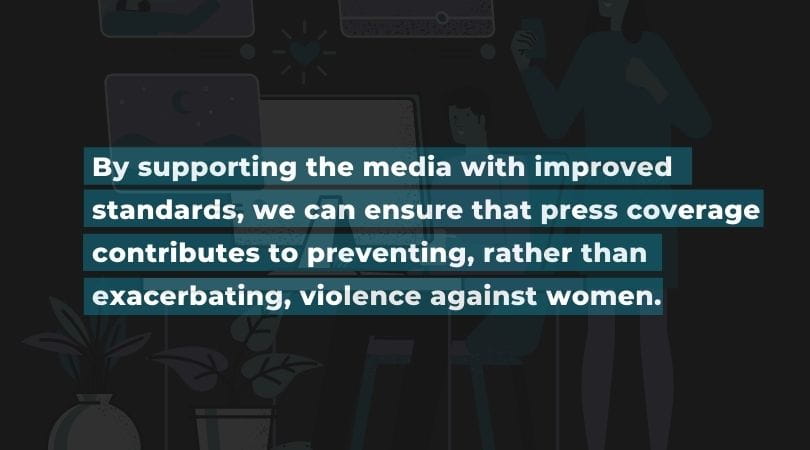 Our media monitoring shows that many journalists, editors and media producers continue to resort to harmful stereotypes when reporting on violence against women (VAW), contributing to a culture where such violence is normalised and accepted.

Zero Tolerance welcomes the opportunity to offer our expertise to IMPRESS. We strongly recommend that existing clauses in the IMPRESS Standards Code are updated as follows to reflect current knowledge and understanding of violence against women.

By supporting the media with improved standards, we can ensure that press coverage contributes to preventing, rather than exacerbating, violence against women. To read our recommendations in full, click HERE