Maria Sofou, a student in Gender Studies at Stirling University, has been researching our archives and finding out more about our 1992 campaign. She will be writing a series of blogs about our poster campaign over the coming weeks.

“It was a bit like I'd died and gone to heaven. There above all the shoppers in Edinburgh's Princes Street ran the bold message, there is never an excuse. There on a grassy bank halfway up the Mound sat a white Z of flowers. There at Hibernian Football ground a huge Z symbol was emblazoned across the nets. Men on the terracing were eating their pies out of cartons and boxes overprinted with Zero Tolerance statistics... In doctor's surgeries patients sat beside posters proclaiming No Man has the Right. In swimming pools, school galas splashed off beside the happy image of three young women, and the message, When They Say No, They Mean No... The campaign for Zero Tolerance of violence is really HAPPENING all over Edinburgh” (Riddoch, 1993, as cited in Gillan, 1999). Broadcaster and journalist Lesley Riddoch, in her powerful piece for the Scottish feminist magazine Harpies and Quines, voiced the sense of empowerment and validation shared by many women in Scotland since the launch of the original Zero Tolerance Campaign in December 1992.

Riddoch’s (1993) positive response to the campaign was merely one of the many more to follow; overall, the campaign received an overwhelming support from the public, politicians, professionals and the media. A formal evaluation of the public response to the campaign, conducted in 1993 by Jenny Kitzinger and Kate Hunt, found that the campaign had been extremely successful both in attracting the public’s attention and their positive feelings towards the campaign’s message. More specifically, the report found that, from the people who participated in the study, seventy-nine percent of participants expressed a positive reaction to the campaign, while 80 percent agreed that it was right for Edinburgh to take the lead in drawing attention to men’s violence against women. Interestingly, merely twelve percent of the male participants expressed negative feelings towards the campaign overall.

People’s, and particularly women’s, positive response to the campaign was predominantly rooted in the campaign’s radical message, one that challenged men’s behaviour, instead of asking women to restrict their behaviour or seek help. Furthermore, many survivors felt that the campaign’s powerful message and its focus on revealing how widespread men’s violence against women is, made them realise that they are not alone, creating an invisible support network that encompassed women with shared abusive experiences. Overall, for people, and particularly women, Zero Tolerance’s original campaign did not only renounce the many myths surrounding men’s violence against women at the time, but also revealed of the many shortcomings of the legal system in their protection of women and children survivors of abuse. As a result, the campaign was experienced as thought-provoking, informative, and, most importantly, empowering, as it presented women as ‘people with rights’ for the first time (Kitzinger & Hunt, 1993).

Of course, there were negative responses as well, mostly expressed by men’s angry letters to Edinburgh’s District Council. One of them (picture 1 & 2), stored in the Zero Tolerance archive collection at Glasgow Women’s Library, is rather illustrative of the main reason behind people’s negative responses to the campaign; they felt that the campaign’s message challenged everyone, rather than the actual perpetrators of abuse. Nevertheless, the campaign’s radical message was met with an overwhelmingly positive response, as both reported in the formal evaluation of the campaign and the numerous telephone calls and letters of support by women and men, flooding the Women’s Committee at the time. Such positive responses and support signified the spread of feminist values in the social and political context in which men’s violence against women had previously been discussed, igniting women to renounce the silence surrounding their abuse and feel validated in an invisible, yet powerful, support network. 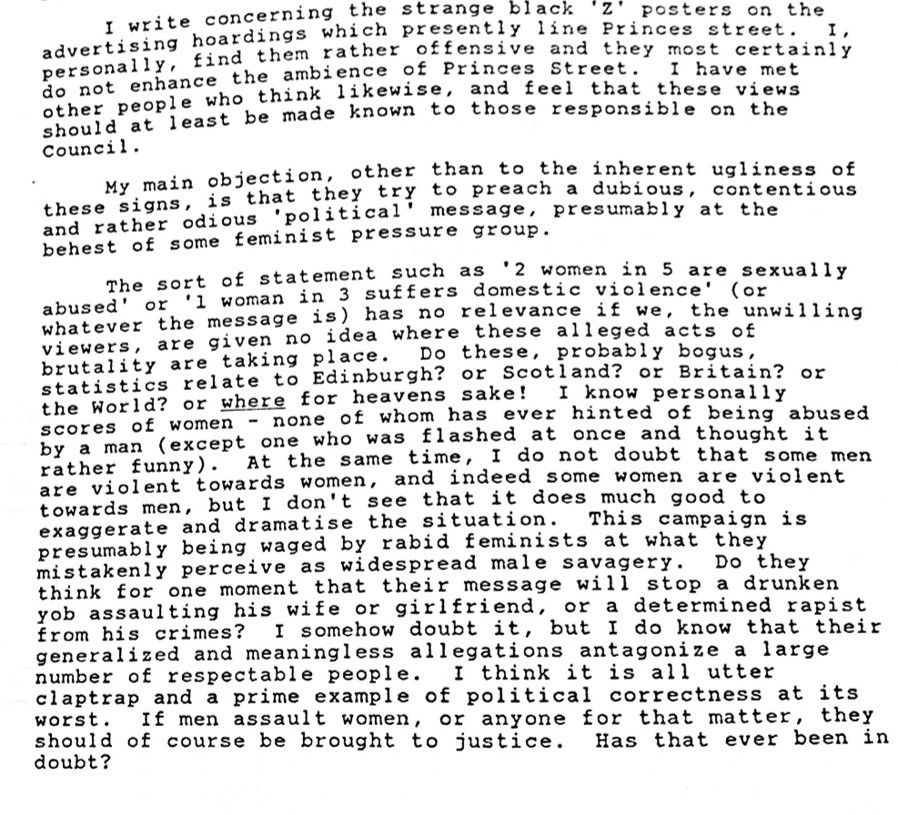 Picture 1.: The first part of a complaint letter sent to Edinburgh’s District Council regarding the ZT campaign. Stored in the ZT archive collection at Glasgow Women’s Library.

Picture 2.: The second part of a complaint letter sent to Edinburgh’s District Council regarding the ZT campaign. Stored in the ZT archive collection at Glasgow Women’s Library. 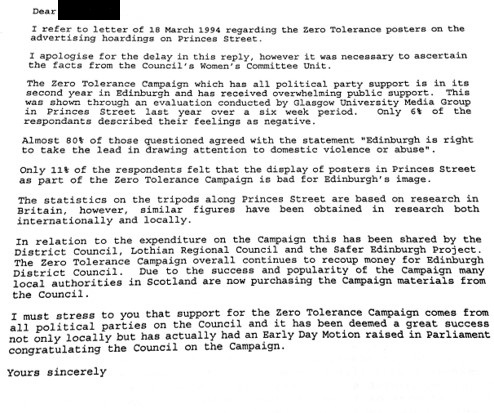 Picture 3.: The council’s response to a complaint letter regarding ZT’s campaign. Stored in the ZT archive collection at Glasgow Women’s Library.

Maria lives and works in Edinburgh. She originally studied History and Theory of Art in Athens, Greece, and in 2017 received her Master’s in Applied Criminology and Forensic Psychology from Edinburgh Napier University. Her dissertation focused on campus sexual assault and institutional betrayal in the United States. She is currently a postgraduate student in Gender Studies at Stirling University.