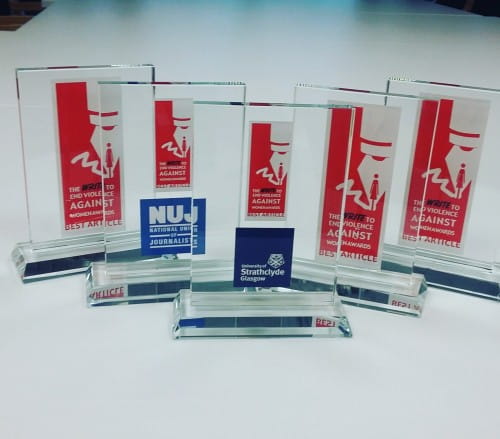 We are hoping it is a useful tool for reflection on what we have achieved, uncovered, and are yet to overcome. If you have read or written something thought provoking on any of these topics, or Violence Against Women more generally why not submit it to the awards?

Alternatively, if you have read any problematic coverage of these stories – consider submitting it for our Wooden Spoon Award.

6th September Following the gender pay scandal at the BBC, the BBC announced sweeping changes to their pay structures

October 5th A group of women including Rose McGowan and Ashley Judd accused Harvey Weinstein of sexual harassment and misconduct spanning three decades. Since then more than 80 women have come forward – read all of their names here.

October 15th Actress Alyssa Milano tweets “Me too” in solidarity with these women.

Weinstein quickly became synonymous with powerful men who used their status to coerce and abuse women. Over the next few weeks more survivors came forward with their stories of abuse from a collection of powerful men from including more men from Hollywood such as Kevin Spacey and Louis C.K; and politicians including, Mark Garnier and Michael Fallon who both remain sitting MPs. A month later the hashtags had over 500,000 responses of women sharing their own stories of abuse – a revolutionary moment in demonstrating the scale of violence against women worldwide.

18th January The Financial Times sent two undercover reporters to be "hostesses" at the men-only President Club Dinner. It reported that through the course of the evening hostesses were subject to groping, lewd comments, requests to join guests in their bedrooms, questions whether they were prostitutes, and that one attendee exposed his penis to a hostess.

1st February Domestic Abuse Bill becomes Act in Scotland creating a specific criminal offense of domestic abuse. Some abusive behaviour of partners/ex-partners, such as physical or sexual assault or threats of these, were already criminal offences, this bill criminalised emotional and psychological abuse including the coercive and controlling behaviour of partners/ex-partners which are constituent elements of domestic abuse but were not previously captured by current law and/or were difficult to prosecute. – Zero Tolerance published a useful briefing on how to report on the Bill.

5th February USA National Gymnastic’s Doctor Larry Nassar is sentenced to 40 to 125 years in prison after a 2 year legal case where he was accused of molesting at least 250 girls and young women and 1 man, dating as far back as 1992.

6th February marked 100 years since the Representation of the People Act was passed in Britain, giving women the right to vote if they were over 30 who and met the specific property requirements.

25th May Ireland voted to Repeal the 8th amendment - thereby removing the constitutional ban on abortion – in a landslide victory for tireless campaigners.

24th June After the first minute past midnight the ban on women drivers in Saudi Arabia was lifted.

19th June series of images crop up on social media claiming that domestic abuse increases when England lose in football. Many of them depict graphic physical abuse and offer no helplines for women who have been affected by the content. Domestic abuse is caused by gender inequality, not anger at sports. Any attempt to link the two allows explanations and excuses for “angry” men, when none should exist – domestic abuse is not a crime of passion where a man is out of control, it is an exercise of power, coercion, and control. Read our Handle with Care guidelines to find a fuller explanation of why this use of language is important.

7th July Public consultation on Gender Recognition Act is launched – hopefully marking the first step in removing the need for a medical diagnosis of gender dysphoria before being able to apply for gender recognition. Zero Tolerance believe trans and non-binary rights are integral to, and contribute to, feminism read more here and contribute to the consultation here before 11am 19th October 2018.

1st August Concern emerges around the single payment of Universal Credit to families which could allow abusive men to receive the entire family income, further trapping women in abuse situations.

9th August Argentina’s senate narrowly reject the bill to legalize abortions up to 14 weeks – activists continue to persevere despite the setback.

23rd August Daily Record breaks story that 2 women have accused Alex Salmond of sexual misconduct. Despite these women and these accusations being the most important part of the story, numerous papers are covering Salmond’s attempts to divert from the issue by crowd funding his legal fees. In the wake of the claims Salmond has resigned from the SNP, and Nicola Sturgeon has expressed her “sadness” at this.

12th September Dr Philippa Whitford MP launched an amendment to protect women from financial coercion by their partners. She said, “paying Universal Credit into one bank account per household, makes it easier for perpetrators of domestic abuse to exert complete financial control – leaving women isolated; with no money to socialise with friends and family or to leave an abusive relationship”. 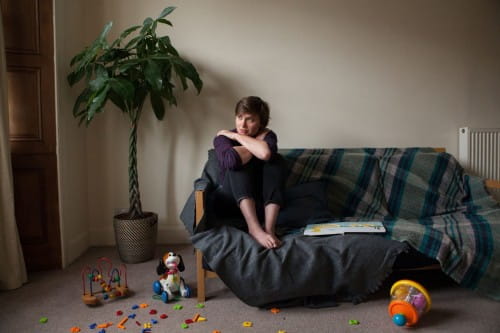 You can still enter your writing on gender equality or violence against women to the Write to End Violence Against Women Awards until midnight on September 30th.