Social distancing is going to have a massive impact on all our lives.

But did you know that women will be disproportionately affected?

For years we have consistently been the majority of precarious workers with more women on zero hours contracts than men every year since 2013. Some people say this is because they offer ‘flexibility’ to ‘working mums’, but there is no flexibility in an instable income when there are mouths to feed, because there is no security in it.

This study also found that almost 3 in 10 working mothers said they had reduced their hours to help with childcare but only 1 in 20 fathers did the same. This reflects the significant imbalance in who is held (by society and by themselves) responsible for the lion’s share of childcare.

Therefore, this uncertain time will make life harder for many women, especially as nurseries and schools close and women are having to both work from home (if they are able) at the same time as providing 24/7 childcare in the same rooms.

Increased work for women, in addition to the extra stress and anxiety these times have on everyone, we want to re-iterate that it is completely ok to not become a reading machine or achieve all your life goals in the next 3 weeks!

However, if you do find yourself with some free time, we thought we’d make a list of feminist books, films and documentaries that you could distract yourselves with. The list we have compiled contains both fun and educational works; the world has enough doom and gloom in it at present and it is essential to try and find some purpose and/or sunshine in our collective isolation.

We hope to post a few of these over the next few weeks, written by different members of our staff team. This first one is by our brand-new Project Support Intern, Saffron.

So, without further ado, here are her recommendations: 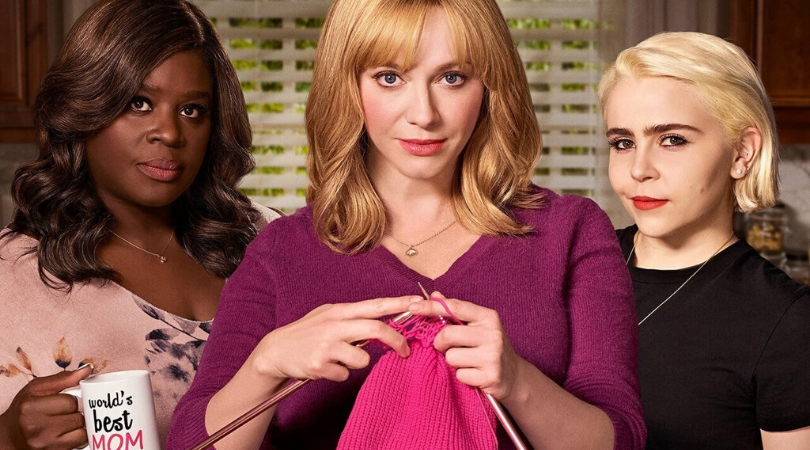 This show is, quite frankly, a feminist masterpiece. Created by, and starring, women (!), it is described as “Three suburban moms orchestrate a local grocery store heist to escape financial ruin and establish independence – together”. It is both hilarious and painfully sad. It allows you to follow the lives of women who would do anything for their children, including working alongside gun-wielding gangs. I chose this show because it provides representations of women pushed to their limits, whilst still maintaining a sisterhood, behaving like real women, as opposed to typical sitcom ‘what do we do now, sir?’ women. There are two seasons available at the moment and one on its way, which gives you plenty of content to make the quarantined hours fly by. Also, it passes the Bechdel Test with flying colours.

No More Boys and Girls: Can our kids go gender-free? - BBC 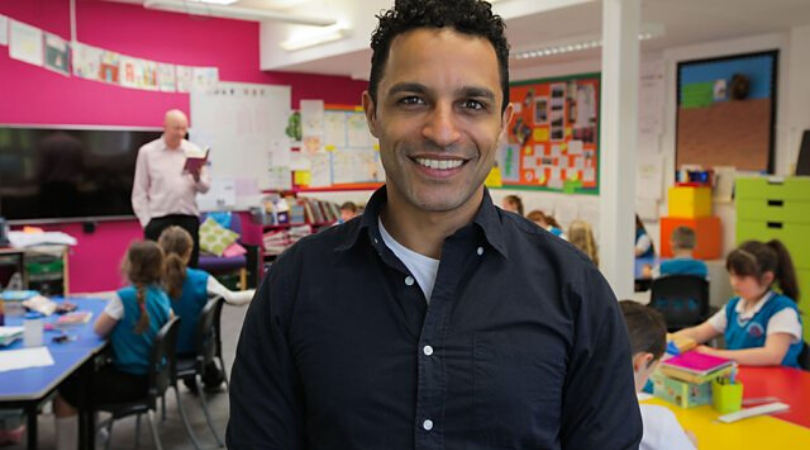 Though this title may seem intimidatingly radical to some, the premise of the show is so simple and effective: removing gendered language, imagery, colours etc. from children’s Primary School environments, in order to see how this impacts them. I loved this documentary as it showed a wonderful progression in the children themselves; at the start, lots of the girls said they couldn’t be strong, or that they weren’t as clever as the boys, whilst the boys talked about their expressions of emotions only in terms of anger. By the end, you could see visible changes in the children, who – just from the seemingly insignificant changes in teacher behaviour and classroom design – could see a much wider world for themselves, one not exclusively framed by the pink and blue of before. For more information about gender stereotypes in the Early Years, see our Anyone Can Play Campaign. 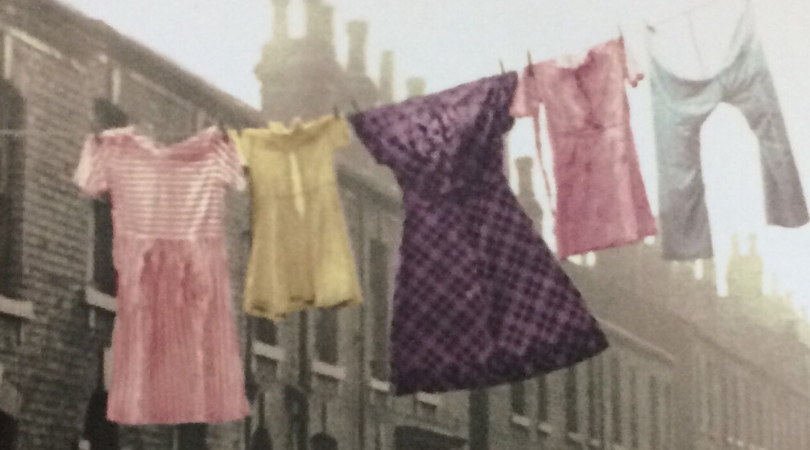 A difficult but rewarding fictional read, what I would describe as a gritty Coronation Street. It is a compulsively readable novel about the challenges faced by women in a working-class Thatcherite community. There are explicit incidences of VAW in terms of domestic abuse, rape, and coercive control, therefore there are plenty of trigger warnings that come alongside this, but the way Barker deals with these issues is very real, and surprisingly reassuring in its depiction of female solidarity in the face of hazardous living situations. 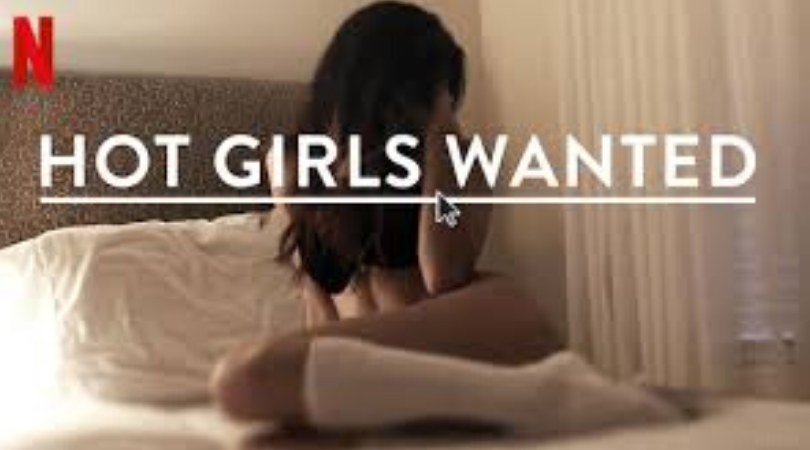 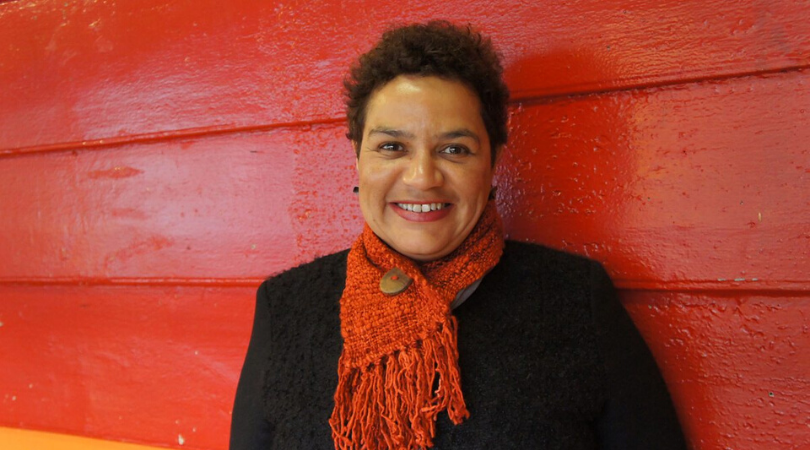 Prominent feminist Jackie Kay’s novel Trumpet is, truthfully, so sad, but it’s a beautiful example of intersectional feminism. It details the death of a man who was born a woman, and how his son processes this information – information he only discovered upon his father’s death – and the impact this has on his mother’s grief over the love of her life. It shows the complex layers that accompany gendered identities, and the difficulties faced by people whose chosen identities are less accepted by those around them than they are wholly understood by themselves. 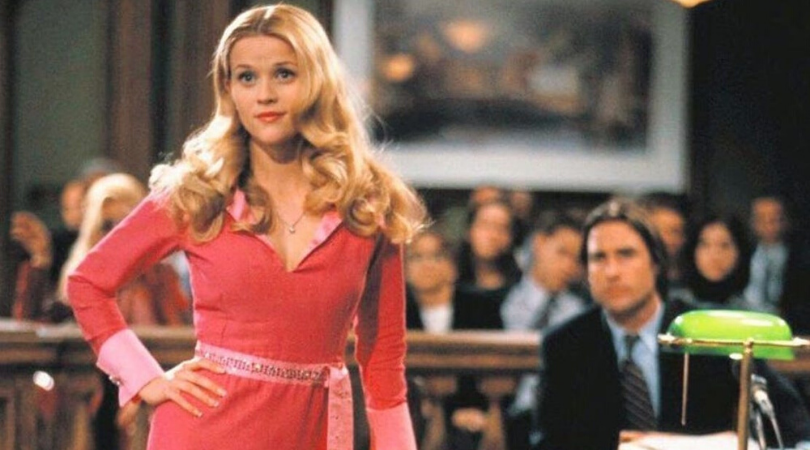 The most cheerful recommendation I could possibly find and the one I am sure you’ve all been waiting for: Legally Blonde. A film regularly pushed aside as a chirpy chick-flick, Legally Blonde is one of the most important commercial films in a generation, in my opinion. Reece Witherspoon proves to her viewers that intelligence comes in all shapes and sizes, that beauty neither increases nor diminishes a woman’s value, and that you should never tailor your personal limits to a man’s estimation of you. This film will bring a little bit of light into your socially-isolated bedroom, whilst also providing that portion of girl power we all need. 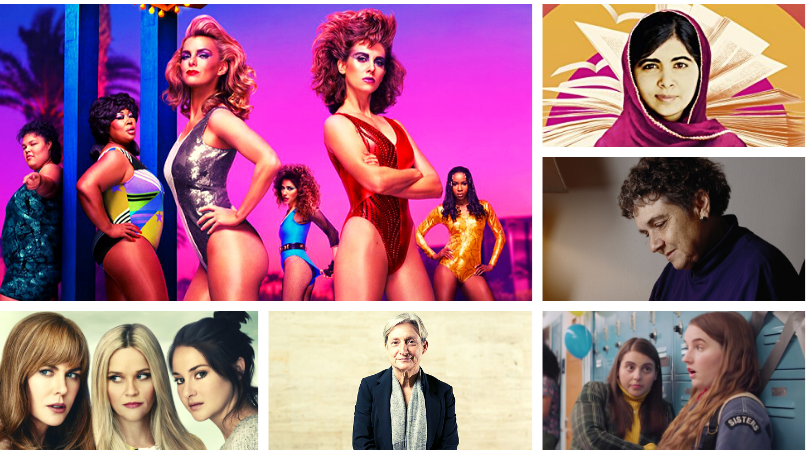 Other fun (women-made) recommendations include Big Little Lies, Mona Lisa Smile, Little Women (unfortunately not available for a couple of months, though it is absolutely something to look forward to), Booksmart, and Glow. In terms of ‘serious’ feminist reading, Adrienne Rich provides powerful insight into situated female identities, I Am Malala is a necessary and empowering read for all women in this climate – proof that one girl really can change the world – and Naomi Wolf’s The Beauty Myth is important for those interested in the way the world has taught women to rely upon our appearances, and to use these to compete against other women. Judith Butler’s work on the performativity of gender is particularly interesting when thinking about patterns of violence, in terms of the ways men are taught to perform their emotions in a “masculine” way – through anger and violence.

If you get anything out of these recommendations, I hope it is empowerment and motivation to push through a time that feels like it is deliberately putting pressure upon women more so than anyone else. Most importantly, take care of yourselves and talk to the women in your life; you may not be able to do this face-to-face, but we can’t let this period of isolation allow us to forget to check up on each other. We should all take this time to recognise our disadvantages and help each other combat them as best we can.

We hope to share more of these lists over the coming weeks so let us know what you think we should include!

In the meantime, there are multiple other lists out there, and these are only increasing daily; here are just a few of them to keep you going:

There are a heart-warming number of initiatives working to help people out during this time of chaos and uncertainty. These include:

Saffron Roberts is Zero Tolerance's Project Support Intern, the founder of Period Poverty University of Edinburgh, and the Editor-in-Chief at the Broad.