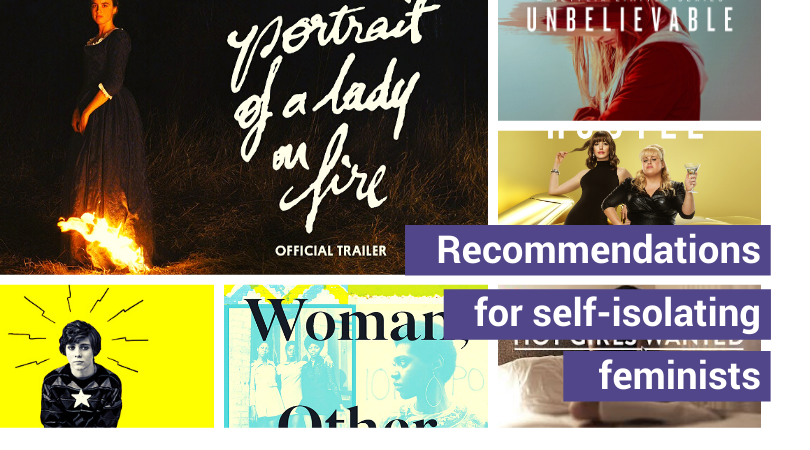 We’re living through unprecedented times of social distancing, self-isolation and solitude. Whilst all this creates uncertainty in many aspects of life, what remain a constant is gender inequality.

How this will manifest during an unpredictable crisis like COVID 19 is what we must now turn out attention to.

Women are still disproportionately represented in the population of caregivers in the UK. With children staying home from school across the globe, UNESCO estimated 80% of the student population are now affected, the burden will undoubtedly fall to women provide childcare alongside their jobs.

On top of this increase in workload, looking after children whilst attempting to work from home proves an emotional and mental challenge too.

In response to the varied and widespread stresses caused by all this uncertainty we have compiled a selection of feminist outlets for those with a spare hour or two for themselves.

So, for anyone is growing tired of being told they’re living through a pivotal point in history, here are some wonderful suggestions to escape from reality for a while. 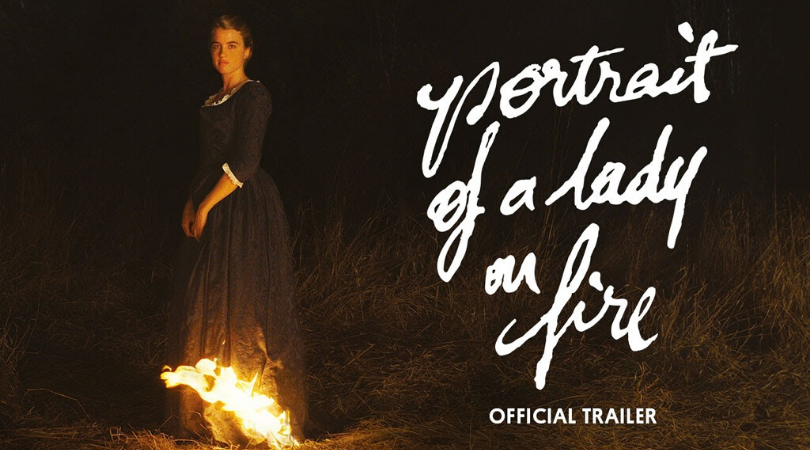 Want to settle into a period drama that not only passes the Bechel test but consists solely of conversations between women?

A portrait of a lady on fire provides all the comforting traditions a period drama whilst introducing an entirely female gaze. This film masterfully captures the torrid landscape it is set in whilst slowly allowing sisterhood to grow organically between characters. Throughout the film we only come across men as background characters, so much so that when a man finally faces the camera it feels almost intrusive. The plot revolves around an artist and her muse and the struggle to understand and express queer love in a heterosexual world. Yet far more touchingly, this film captures female friendship, solidarity and strength in subtle and delicate manner. 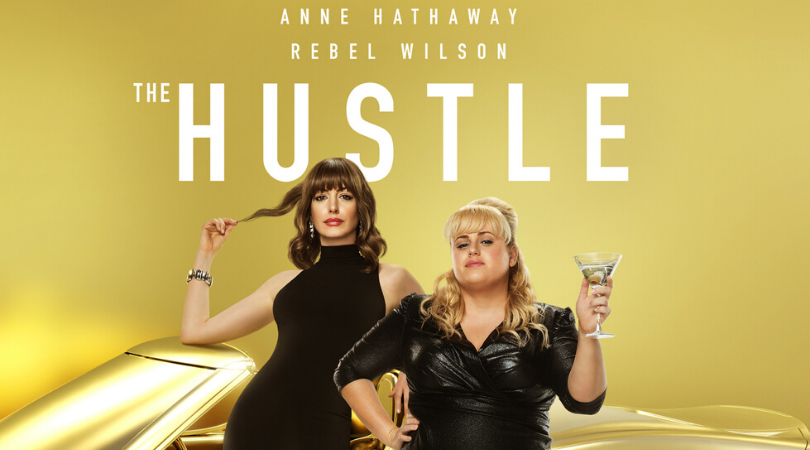 With this turbulent time of news and unpredictable futures for many of us here’s a feel-good film with two women protagonists to get you smiling on a lazy afternoon. Anne Hathaway Rebel Wilson all the charms of a with the hilarity of a good comedy alongside the joys of female companionship. This film follows a small-time con artist and a sophisticated con artist who join forces to take down one of the richest men in America. If you need a good laugh and an easy watch, this film is for you! 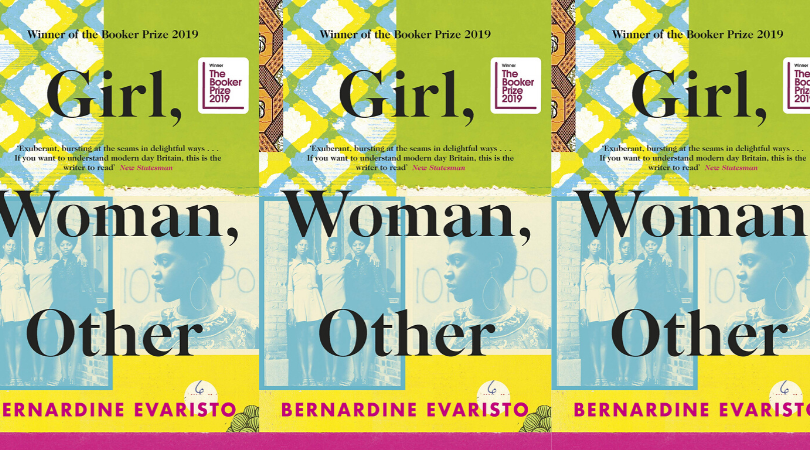 Winner of the Booker Prize 2019, Girl Woman other by Bernardine Evaristo is addictive. This is Evaristo’s eighth novel and follows 12 separate well developed characters most of which are black British women. The book cleverly dissects the patriarchal obstacles each woman faces and how their relationships with men and eventually one another are impacted. This book breeds empathy and compassion giving the reader a little piece of a reality that may be foreign to them but a feeling very much relatable. Though the novel can be intense at times it leaves you feeling uplifted and with a need to celebrate the wonderful women around you. 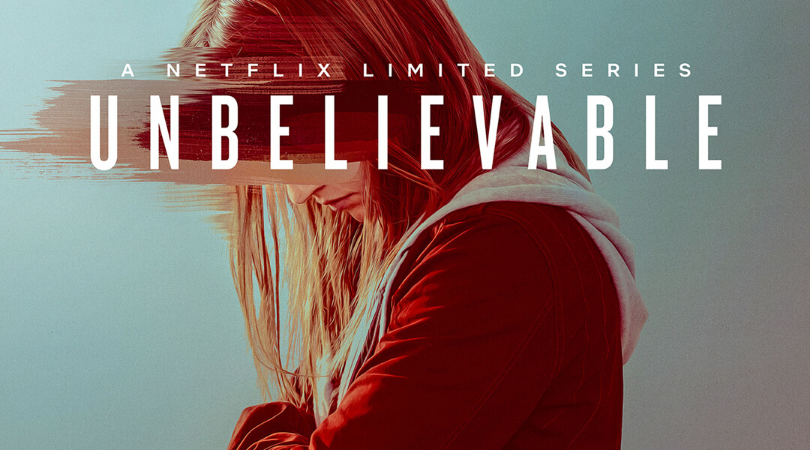 This true crime series tackles extremely difficult and often harrowing content about VAWG. It is based in the USA and highlights the problems of police communication and transparency around reporting and recording sexual crimes. Though it is dramatised it represents the real lives of those depicted with reasonable accuracy. If you’re need a drama to sink your teeth into this shocking story is for you, it even made Obama’s top 50 shows of 2019. Fair warning this series represents the mental impacts on survivors and their repercussion thought this at times can make for hard watching, it is well made and intensely gripping. 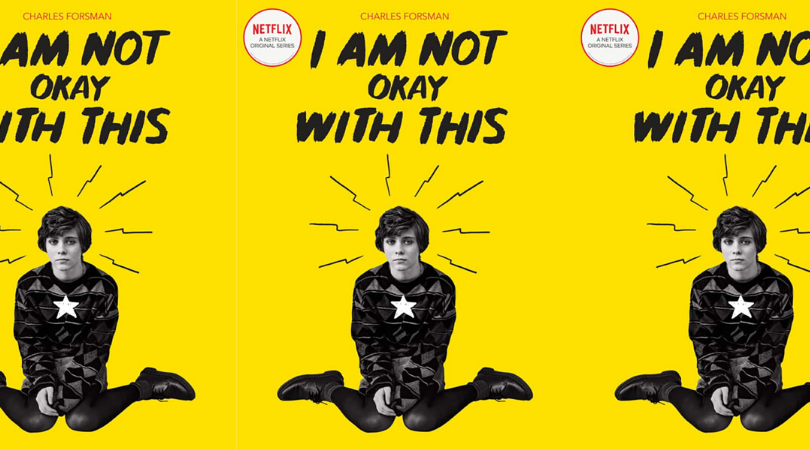 Love a bit of dark humour and angst? This series follows a quiet, misfit teenage girl going through a variety of changes in her life. from the makers of Stranger Things this series concocts a delightful mix of hormones, mystery, tragedy and superpowers. Sydney, the protagonist, narrates the series which is refreshingly entertaining and realistic depiction of a confused and often angry, teenage girl. This coming of age comedy drama touches on issues anyone can relate to, from teenage angst to first love to family conflict.

These suggestions are designed to empower, support, uplift and education, we certainly hope they’ve done at least some of that! We hope to post a few of these lists over the next few weeks, written by different members of our staff team - so let us know what you think we should include!

In the meantime, there are multiple other lists out there, and these are only increasing daily; here are just a few of them to keep you going:

There are a heart-warming number of initiatives working to help people out during this time of chaos and uncertainty. These include:

Heather Farley is Zero Tolerance's Project Support Intern. Her role involves research and administrative support for members of the Zero Tolerance. She will also have the chance to develop her own project focusing on inclusivity of LBT+ women in Zero Tolerance’s work.