Skip to menu Skip to content
Home|News/Views|Views|Views|It's hard to be, what you can't see

It's hard to be, what you can't see 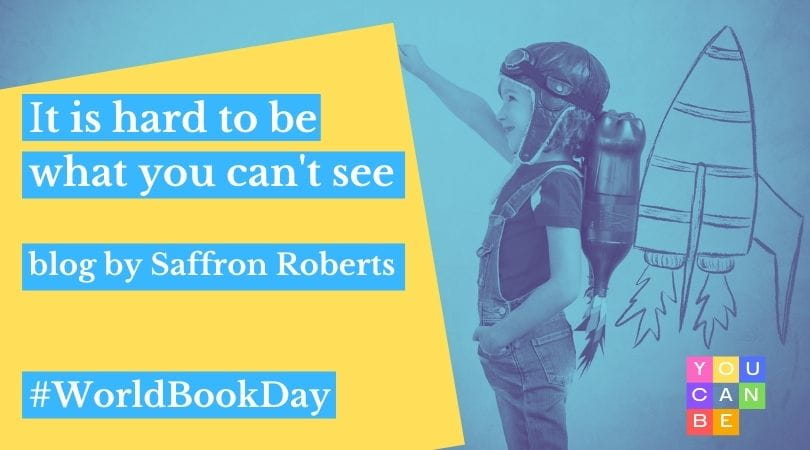 When I was little, I loved books. One thing that I did not love so much was World Book Day. My sisters and I never knew what we could dress up as without feeling out of place. Every time World Book Day comes around, we see stories about little boys or girls dressing up as their favourite characters who often happen to be of a different gender to themselves. Children’s dress up choices are not always accepted by adults around them, which sends them a message about who they can or can’t be.

When it comes to children from minority ethnic backgrounds, we’re at quite a loss as to who we feel like we are allowed to dress up as – we can’t all show up as Princess Jasmine or Black Panther.

Books are one of the formative ways that children learn about the world and about themselves. Therefore, representation is a vital method of education, both socially and for individual identity. It is crucial children’s books reflect the reality that they were written in and for, but this is not always the case – and I don’t just mean talking Gruffalos and mysterious Heffalumps.

Two major ways that the most popular children’s books fail children are through representation of gender and of ethnicity.

Time Magazine’s ‘100 Best Children’s Books of All Time’ contains 53 books in which there are female characters who don’t speak at all. According to a review of the 100 most popular children’s books of 2017, female characters have not only been silenced, but they have been spoken over – “the characters who got an opportunity to speak were 50% more likely to be male than female” – outnumbered, or completely omitted from nearly 20% of the bestsellers published over the last five years (The Guardian).

This is only the beginning of the impact children’s books have on children’s gender identities and their understandings of the gender identities of others. Another significant factor is the roles played by the women and girls who do feature. The Guardian reported that “The lead characters were 50% more likely to be male than female, and male villains were eight times more likely to appear compared to female villains”. (The only lone-operating female villain appearing in the top 100 children’s books of 2017 is a duck who stole Peppa Pig’s boots.) What’s more, mothers appeared almost twice as often as fathers, with only four books containing fathers appearing without a co-parent.

When girls are only appearing in books as silent sidekicks or nurturing mothers, it creates a distinct view of women’s and girls’ roles in the world. In these forms, their role is as appendages to men, their care-providers or supporters, generally one-dimensional characters holding absolutely no negative characteristics, as opposed to main characters in their own right.

This idea becomes even more disturbing when we look at the way animals are portrayed. By default, animals tend to be male; in fact, animals are 73% more likely to be male than female when gendered (The Guardian). When female animals do appear in these books, they are often smaller, more vulnerable, timid animals; animals usually marked out as prey.

Whether done directly or not, embodying ‘boys’ as dragons and tigers while embodying ‘girls’ as birds and insects causes correlations in children’s brains between strong and masculine, weak and feminine. This not only negatively impacts the way all children see girls, but also the way they see boys. This undoubtedly causes children of all genders to struggle to process their own emotions or characteristics that may not fit into these gendered stereotypes.

For children, this says more than just who they can easily dress up as for World Book Day; it tells them about the spaces they are allowed to occupy as people from minority ethnic backgrounds.

What does this tell children from minority ethnic backgrounds about their role in society? It tells them that their role is limited, as they cannot see people who look like them doing anything more than acting as rare sidekicks in more ‘serious’ stories.

This happens with other aspects of a person’s identity that make them who they are, too. Hook Research found that “characters with disabilities and LGBT+ characters are just as rare in children’s popular literature. When they do feature, often the character’s disability or the LGBT+ characters ‘coming out’ is the focus of the story, highlighting a struggle to be overcome as well as the character’s ‘otherness’”. This teaches children that their ‘difference’ limits them, whilst simultaneously denoting their sole value as symbolic characters. Thus, their layered life experiences are reduced to plot-movers.

All children deserve to see themselves as multifaceted heroes, protagonists, and even flawed villains. But alongside this, main characters from minority ethnic backgrounds are not just valuable for kids from the same minority ethnic backgrounds, just as feminine main characters aren’t just for girls. We must normalise boys having girl role models, as well as white children having minority ethnic role models. Most importantly of all, children should have options. They must have access to stories containing varied and diverse characters, in order to grow up valuing and appreciating themselves and where they have come from, as well as valuing and appreciating others who may come from elsewhere.

Check out our You Can Be Campaign for more tips and ideas on how to give children the best start in life: https://www.zerotolerance.org.uk/you-can-be/

It's hard to be, what you can't see - quote by Marian Wright Edelman