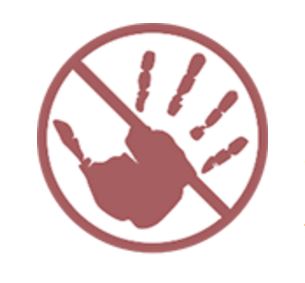 Zero Tolerance is proud to be a member of Children Are Unbeatable, the alliance to end child physical punishment. Just as we’ve argued for decades that the abuse of women is a serious social issue and should never be trivialised or minimised, for example with language like ‘a domestic’, we believe that the physical punishment of children, too often referred to as ‘smacking’, is seriously harmful and problematic behaviour that needs to stop.

We welcome important new research which confirms that physical punishment damages children’s wellbeing and carries the risk of escalation into physical abuse.

The research found strong and consistent evidence from 98 pieces of international research that physical punishment:

The research also highlights that there is no evidence that a change to the law results in increased criminal proceedings, but rather that it facilitates widespread culture change. The report has been endorsed by the Scottish Police Federation, Social Work Scotland, the Royal College of Nursing, Scotland, the Royal College of Paediatric and Child Health and the Violence Reduction Unit, amongst others. Public health expert Professor Sir Michael Marmot, who provided a forward for the report, has publically stated that the review provides compelling evidence for preventative legislation. The Republic of Ireland has recently banned all corporal punishment of children.

Earlier this year, a proposed amendment to the Criminal Justice Bill was found to be inadmissible, meaning that the ‘justifiable assault’ provision in Scots law, which allows child physical punishment, was not able to be discussed. The existence of this provision means that children are not protected from assault in the same ways as adults are, and is long overdue for review.

The organisations that commissioned the literature review are hopeful that the key findings from the research will help to spur on discussions relating to legislative reform, which is hugely needed to ensure that children are equally protected in Scotland.

Using violence to seek to modify a person’s behaviour is never acceptable. Tolerating the physical punishment of children undermines attempts to tackle domestic and sexual abuse across our society, because it tells children that violence is sometimes okay. We really need to see a step change in how we deal with this issue, so that all children are equally protected.


For more information about the issues raised in this blog:

Listen to a podcast here: http://childofourtimeblog.org.uk/2015/11/nspcc-physical-punishment/