Skip to menu Skip to content
Home|News/Views|Views|Views|Are all your Christmasses Pink and Blue?

Are all your Christmasses Pink and Blue?

By Liz Ely, Development Officer (Capacity Building), Zero Tolerance Christmas is coming! Whether you celebrate it or not it is hard to avoid as advertising for the latest toys, perfumes and calorific treats fill our television screens.  As the recession bites, Christmas is becoming more and more difficult for families struggling to make ends meet. It’s a time when a variety of different oppressions and inequalities are brought to the fore, including gender inequality.

A number of different adverts this year have decided to take a semi ironic sexism as their selling point.  ASDA’s ‘Behind every Christmas there’s a mum’ (behind every mum there’s an ungrateful jerk who asks what’s for tea at the end of the day) enraged viewers. Morrison’s went down a similar line, Christmas is stressful for women – but they love doing all the work really. Both of these adverts heavily emphasised the fact that making Christmas is a women’s job by presenting domestic work as a glorified, but inevitable, task for women. The idea that women’s place is in the home, brings with it the unspoken assumption that their place is not outside of it, limiting our potential for power in society. These limitations on women’s power begin very early, many years before they will be expected to make a Christmas dinner.  Toys for children have over the past decade become increasingly shaped by gendered assumptions and the British Christmas 2012 is no different. The current Barclay-card advert specifically tells boys they can’t play with dolls, as a lone male shopper struggles to work out what toy to buy – a giant talking monkey informs him that on no account should he buy a Barbie for a boy (and throws in a sexualised comment about Barbie’s plastic boobs – NB it’s still sexist even if it’s a talking monkey saying it).  Some toy shops clearly divide toys by gender, where others divide symbolically through blue and pink aisles. Children’s toys and media have a tendency to underrepresent girls, as this young girl found out whilst playing Guess Who, a game where less than 1/3 of the characters are female. This statistic mirrors research by the Geena Davis institute into children’s media where only 1/3 of characters on screen are female. 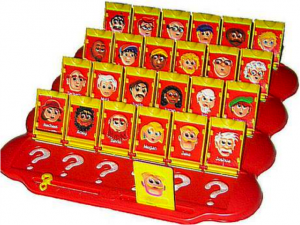 I spy with my little eye… 5 women! Though it may seem frivolous, how we treat very young children lays foundations for inequality in later life. In her book ‘delusions of gender’ Cordellia fine demonstrates that representations of women and men have a powerful effect on achievement.  The perception that women are weak at maths and sciences, for example, has a profound impact upon their abilities. It is in the earliest years of life that these perceptions and ideas are formed. 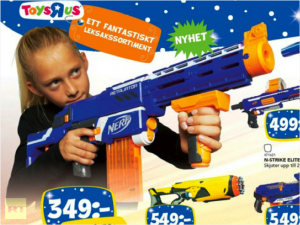 It doesn’t have to be this way! In Sweden where gender equality is taken seriously, Top Toy (which creates catalogues for Toys R Us) has created a gender neutral catalogue in response to complaints about previous offerings.  "We have produced the catalogues in a completely different way this year," Nyberg said. "For several years, we have found that the gender debate has grown so strong in the Swedish market that we… have had to adjust." At Zero Tolerance we are committed to ending gender inequality, the root cause of gender based violence. We and want the ‘gender debate’ to be a powerful force in Scotland as it is in Scandinavia. For this reason, early next year Zero Tolerance will launch guidance on gender equality in the early years, looking at how we can work to build a better more equal society with the children we care for. In the meantime here’s a Christmas list with a difference – 5 ways to have a Christmas that is a little less pink or blue, the perfect antidote to infuriating shopping trips and aggravating adverts.