Skip to menu Skip to content
Home|News/Views|Views|Views|Challenging violence against women with an air weapons license?

Challenging violence against women with an air weapons license?

Prevention of violence against women is something that requires action from every sector of society; at Zero Tolerance, our work to prevent and challenge violence often takes us to some unlikely places; a case in point is the Air Weapons and Licensing (Scotland) Bill, which will be debated on Thursday the 23rd of April at 2.30pm. 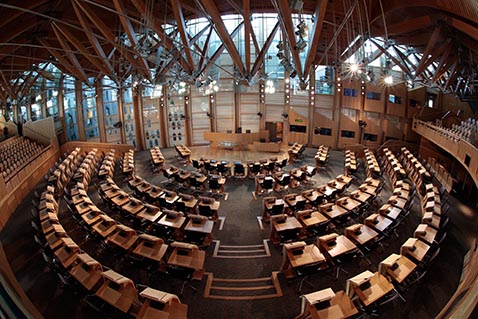 Concern with a small subsection in a bill to licence air weapons might seem far removed from our usual work of supporting early years workers to challenge gender inequality, ortraining youth workers to challenge abuse and exploitation in teen relationships; however there are important connections to be made.

Sub section 68 concerns the licensing of Sexual Entertainment Venues (SEVs) perhaps more commonly known as lap-dancing clubs. The very existence of SEVs is part of a culture which pressures women, particularly young women, to see themselves primarily as sexual objects, and teaches men to view women as such. Challenging the existence of SEVs forms an important part of promoting gender equality and VAW prevention.

Given that these venues continue to exist, this current drive to license SEVs is welcome; however there remain some serious areas of concern from a prevention of violence against women perspective. In the current guidance, under-18s would be allowed to work in sexual entertainment venues, although only at times when ‘sexual entertainment’ is not taking place. This opens up the very real prospect of girls from the age of 16 working in lap dancing clubs as cleaners, and then encouraged to become dancers when they turn 18.

The fact that young women or men will be able to work in SEVs presents a real barrier to our drive to support young people to form relationships based on mutual respect and equality. If young men and women are immersed in an industry where their value lies as a sexual commodity, what messages does this give about male and female sexuality? Also worrying is  the fact that many of these venues routinely screen pornography, which presents a child protection issue, or the fact that these venues are often places where men seek to pay for sex.

What can I do about this?

The Air Weapons and Licensing Bill is being debated on Thursday the 23rd, and we are encouraging anyone who shares our concerns to contact their MSP.
Ask them to attend the debate and support:

As well as raising concerns about:

You can find your MSP here.